Snappr connects you to pre-vetted Engagement photographers in Chicago. It's never been easier or more affordable.

Sherrae Rucker is a photographer who is an alumnus of Columbia College Chicago. After graduating college, she went on to work at professional studios, both large nationally recognized ones, and friendly small businesses. She is now freelancing and would love to use her skillset to help you capture memories to look back on and pass down! She has a polished cinematic shooting style, that highlights your personality.

Lena Vieira is a professional photographer that has been working in the business since 2006 right out of high school. She has her bachelors and masters degrees in photography where she has used her craft to express herself as a fine art artist along with bringing her many clients ideas to life with her photography skills. In 2012 Lena decided to leave her small town life in Santa Fe, New Mexico to pursue her dream for the big city and started Vieira Photo. She wanted to do more with her photography career started to develop a passion of giving back to the community of teaching photography and its art to students of all ages around Chicagoland. Her work helped create an after school program for teens to attend and learn how to become artists. Lena has a strong passion in photographing the Autism community with working with families and organizations for the past few years. Lena has a strong passion for all areas of photography but her specialty is portraits.

Maya has always had a love for photography. From a very early age - if she went, a camera went with her! Maya cultivated that love with darkroom work, photography courses, and contributing to her college as photo editor of the newspaper, yearbook and literary magazine Maya specializes in Maternity Shoots, Newborn Sessions, Children's Photography, Head shots, Engagements and Family Portraits. She also shoots Special Events and Celebrations such as Charity Gala's, Small Weddings and Birthday Parties. If she were to choose a favorite...it definitely would be family photography capturing moments to be shared generation, after generation, after generation.

I have been shooting as a commercial and corporate photographer for 10 years now. I have advanced experience and knowledge regarding corporate portraiture, corporate event photography, exterior and indoor architectural photography, studio photography, lifestyle photography, and photo retouching. Over my years as a photographer I have learned all that goes into running photo shoots on a high level and know I can be an asset as photographer who truly understands not only the technical aspects of the medium but also how to properly communicate with clients and exceed expectations. I am also a photography instructor and am very passionate about mentoring upcoming photographers and excelling in my knowledge of upcoming trends and techniques in the field. I strongly believe my experience and skill set make me a strong candidate to consider. Please feel free to review my portfolio at chrisbellezzaphotography.com, and I would be happy to send more relevant examples of work if necessary. Thank you for your time and consideration and I look forward to hearing from you.

Jonathan Castellon is an editorial photographer based in Chicago. I specialize in lifestyle & fashion content, and have worked with many local businesses and entrepreneurs to capture the best features of our city from behind my camera lens.

Alethia is an experienced photographer who specializes in wedding, portrait, lifestyle, and family photography. With a background in museum and product photography, she also partners with multiple Boston offices and startups to provide corporate, event, and artistic product photos. When not near a camera, Alethia is often found planning her next international adventure or cuddled up in a window with a good book.

Hear what customers are saying about the top-rated Snappr engagement photographers from Chicago, IL.

Average rating of 4.9 out of 5 based on 184 reviews for Snappr Engagement Photographers in Chicago.

Snappr is the new way to book a photographer on-demand in Chicago. Play the video to hear more. 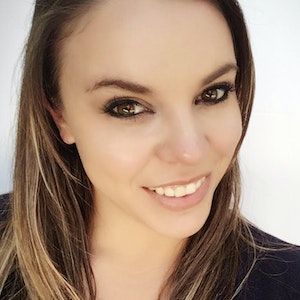 I got started with photography while taking a 35mm black and white photography class while in high school. I fell in love with the art and it has been my passion every since. I am always taking pictures of anything and everything that catches my eye.

I love the storytelling photographs can have. As I work in all forms of photography I can take the ugliest landscape and make it gorgeous. My clients are the best because many have never had a photo shoot before and after they always say "that was easy and fun." then after they get their photos their expression on their face is always a heart filled moment to see their smile.

I shoot all over the city of Chicago but my favorite will have to be around the lake and river walk. I also have a secret spot in the city that I like to photograph in where I get urban, landscape, architect and river.