Snappr connects you to pre-vetted family photographers in Chicago. It's never been easier or more affordable.

Alethia is an experienced photographer who specializes in wedding, portrait, lifestyle, and family photography. With a background in museum and product photography, she also partners with multiple Boston offices and startups to provide corporate, event, and artistic product photos. When not near a camera, Alethia is often found planning her next international adventure or cuddled up in a window with a good book.

Hello Everyone! Let me introduce myself:) Anastasiia is here and my journey as a photographer began in 2014 and I really like what I am doing. I am inspired by the works of: Peter Lindbergh, Helmut Newton and Annie Leibovitz to whom I credit my love of black & white and portrait photography. As a photographer, I specialize in portrait and event photography as well as real estate photography in Chicago. I like beautiful people inside & out, I am ready to capture the brightest moments of your life!

Hey everyone! I'm Ana, photography is my passion since childhood. It's something that I can't seem to stop doing and always hope it will bring more joy into my and other people's lives. People recognize my passion for capturing all the emotions and transforming them into the lasting memories. I started working at a small photography agency, but after some time I decided to go on my own. My pictures always transmit happiness, love and beautiful moments that people want to remember forever. That's the secret, to always see the good side of things and capture it with the camera to show everyone how wonderful life could be if we pay more attention to the positive things around us. As a photographer, my work will continue to bring joy for many years to come.

David has photographed weddings since he was invited to his very first one back in 2011. He has a degree in Visual Arts and he applies his experience to every single wedding that he attends looking for that perfect moment.

Kim is a professional photographer in the Chicago area who has been working with clients for 7 years. She loves working with people and that makes a big impact on her photography style. She is a portrait photographer but also has experience shooting weddings, events, real estate and products.

Hear what customers are saying about the top-rated Snappr family photographers from Chicago, IL.

Average rating of 4.8 out of 5 based on 445 reviews for Snappr Family photographers in Chicago.

Snappr is the new way to book a photographer on-demand in Chicago, IL. Play the video to hear more. 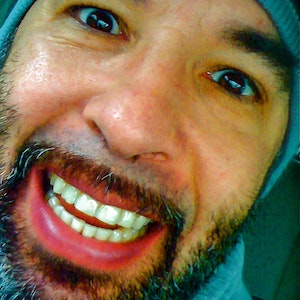 I absolutely love when a photo ignites unfiltered emotions of happiness and sadness within myself. And I love the fact that my prized possession is a photo I haven't shot yet. It is between these two extremes of emotions and the unknown that I find photography to be a complete joy. I also hope I never enjoy a genre of photography more so over another. I enjoy all photography. There's just so much to capture in my life time and I don't want to get stuck on that whole preference thing. I find enjoyment in my next shoot no matter what it is. It could be a wedding, a concert, or a special pet that's at the end of its life, it doesn't matter, because the next shoot is a new shoot, a new challenge, a new excitement to capture something different. And after having photographed over a million faces, I've come to one certainty. The person entangled across my lens is not my client or my customer. I don't like those labels. If you find yourself in front of my lens, then the process begins were you and I become friends locked in a creative journey that continues until we both are happily satisfy with the photo. I love what I do. I love the people photography has sprinkled into my life. I love the faraway places photography has taken me to. I am filled with joy that at any second now, you are going to click and become my next new friend.

Yeah, I love beautiful places to photograph. But what really gets my molecules going is when I see a location and it looks horrible. I mean, no photographer in his/her right mind would shoot there. I see the place and think, oh my God, if I can get a masterpiece out of this location, than I am growing as an artist. And after having photographed over a million faces, I've come to one certainty. The person entangled across my lens is not my client or my customer. I don't like those labels. If you find yourself in front of my lens, then the process begins were you and I become PARTNERS in a creative journey that continues until we both are happily satisfy with the photo. I love what I do. I love the people photography has put in my life. I love the faraway places photography has taken me to. I am filled with joy that at any minute now, you are going to click and become my next partner.