Snappr connects you to pre-vetted product photographers in New York City. It's never been easier or more affordable.

Even though my hands-on photography experience is short, my background and past work experience is what built my skills and talent. I worked as the Art Director for Playboy Magazine Serbia and the Photo Editor for Esquire Magazine Serbia. This is why I have years of experience working with photography and photographers, as the person in charge of photo shoots, picking and editing editorial photos. In addition, I spent 4 years as the Art Director in two major global creative agencies, McCann Worldgroup and Grey Worldwide WPP, with duties that also heavily involved photography and photo shoots for ads and commercials.

I think photos is an integral part of my life. I was sure from the beginning that this was the field I wanted to be a part of.

Stamati Boundouris is a photographer born and raised in Brooklyn, New York. Stamati started his journey in photography about 8 years ago and has not looked back since. He is a full-time freelance photographer with years of knowledge and passion. His company specializes in events like weddings and such. Being that Stamati has a passion for art and creativity, he never wanted to limit his capabilities behind the camera. Along with thousands of events under his belt Stamati has also been contracted to shoot automobiles, food, clothing, shoes, products of all kinds, architecture, real estate, even newborns! Wherever he finds the opportunity to express himself and develop his craft.

I have been into photography and videography for close to 6 years. It all started when I first shot my sisters engagement photos ever since I love shooting couples, wedding and family portraits and lifestyle. i love meeting new people and love to wow them with the photos :)

Thomas is a Long Island born photographer who has over 10 years experience working professionally in mixed medias. As a photographer, Thomas has trained under renown professionals who have over 30 years experience working in Wedding/Portrait. In the last 5 years, Thomas successfully started his own photography company that has expanded rapidly through word of mouth, and maintains a healthy rotation of recurring clients. Thomas takes pride in successful customer relations, and delivering results that are catered to the vision of his clients.

Jacob Wint is an experienced photographer in the Greater Boston Area. With over 10 years of shooting experience, he works with startups in the Boston Area to create their photo and video content as well as imagery for their online presence. Jacob studied Photography and Advertising at Hobart College in Geneva, NY. He also served as Photo and Video teacher at the Fessenden School and worked as a Content Producer since leaving the educational field.

Hear what customers are saying about the top-rated Snappr product photographers from New York City, NY.

Average rating of 4.8 out of 5 based on 215 reviews for Snappr Product photographers in New York City.

More about how Snappr works in New York City, NY and elsewhere

Snappr is the new way to book a photographer on-demand in New York City, NY. Play the video to hear more. 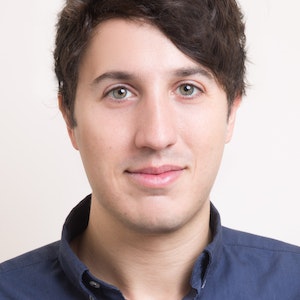 Having studied film and frustrated by the reality of working in the film industry, a friend was shooting for a real estate start-up and suggested I give it a try. I took to it naturally and then read every book and watched every video I could find on photography. Though my jobs and networking I was able to meet new clients who referred me to others and within 6 months I was able to quit my job in film and pursue professional photography full time.

I love using technology to help someone realize their vision. I do love to capture light and life in my own personal projects when I travel but when I work with clients, I feel as though I am helping them communicate something visually that they cannot articulate themselves. It's a thrill when can exceed a client's expectations and hear them say "that's better than I imagined!"

What are some of your favorite places in New York City to take photographs?

There's something fascinating about the streets in NY that curve, or hit an end. Cherry Street and Gay St are two examples. I grew up in Los Angeles and would tour the movie studios and all of the "New York" or cityscapes they built had streets that curved as a visual trick to make audiences think they were in New York (and so they wouldn't have to build miles of fake streets). I find it so interesting to see these curves, or dead-ends (in a city that is quite grid-like) and not know what's beyond the edges of the corner.