Snappr connects you to pre-vetted Engagement photographers in Philadelphia. It's never been easier or more affordable.

Donte Fisher is an experienced photographer who has worked with various models across the east coast, while also working weddings, baby showers, corporate parties and more. He loves bringing fun to every shoot he does and there is nothing more exciting than hearing people reviews when the photos are returned to them. From candid photos, too styled shoots he does it all.

Ram Holgado is a self-taught photographer based out of Philadelphia with over three years of experience. His passions are for travel and lifestyle photography, as well as creative portraiture. However, his portfolio ranges a broad spectrum and also includes real estate, events, landscape, weddings, and product photography. Through social media, he has partnered with illustrious brands such as the Four Seasons, Royal Caribbean, and Away Luggage.

Although I have been shooting for the past 7 years, I am still learning new techniques every day. I love learning and teaching others about this art. By teaching, I am also able to learn more and refresh my skills to critique myself and improve.

Liam Gregory is a full-time professional photographer who has been shooting for 3 years. He started off doing street photography, but when he realized how great of an ability he had to capture moments, he ventured into event photography. Liam has since done weddings, mitzvahs, and events of many sorts.

I'm a Philadelphia-based videographer and photographer with more than five years of experience creating stunning visual contents. content. A passion for photography combined with a drive to beautifully light the talent in their most authentic moments has helped me carve out a career in the photography industry. Specialising in portraiture and lifestyle but an expert in lighting all objects allows me to have a broad range of clients. I'm passionate about helping entrepreneurs and businesses to attract their ideal clients through beautiful and strategic branding and website, so they can thrive doing what they love. I mostly work with businesses based around and positive lifestyle and creativity.

Brie Sullivan is a passionate professional photographer who has worked with many clients in the past 5 years. She has an Associates degree in photography from Antonelli Institute. She can fit most any photographic need you may have but specializes in fashion and portrait photography.

Hear what customers are saying about the top-rated Snappr engagement photographers from Philadelphia, PA.

Average rating of 4.7 out of 5 based on 39 reviews for Snappr Engagement Photographers in Philadelphia.

More about how Snappr works in Philadelphia, PA and elsewhere

Snappr is the new way to book a photographer on-demand in Philadelphia. Play the video to hear more. 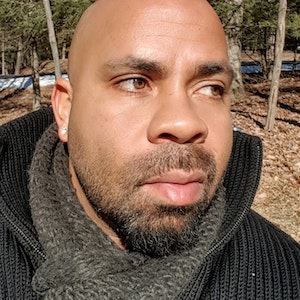 My relationship with this medium began while I was living and traveling for several years in Europe. I was a recording and performing musician, and I was on the road quite a bit. I was NEVER without my camera. Capturing the myriad candid scenes of life in different towns and cities; not to mention some of the musicians and fans I encountered. And at some point people began to remark on the natural skill I displayed in making truly dramatic images... When I eventually moved back to New York, I decided I would try to do it professionally. Less than a year later, I was featured in my first exhibit.

I like to make people feel things. To have feelings that may be difficult to put into words... And I love the processes. Waiting endlessly in the weeds for the right moment, the right light... Or the urgency and angst of having squeeze the shutter with immediacy and move to the next shot.... And the meticulous study involved in the editing stage. The discipline required to stick to my vision of the image in my head. This phase is quite exhilarating.

What are some of your favorite places in Philadelphia to take photographs?

The Wissahickon is my favorite place to shoot in Philly. It's this massive, and immensely verdant sanctuary that snakes through a densely populated urban area. On any given day you can shoot nature and wildlife, or city-slickers bustling about. I also enjoy shooting the spectacular sculptures that can be found throughout this city. Some recent images I've made include Evelyn Taylor Price Memorial Sundial in Rittenhouse Square, John Wanamaker's Eagle in Macy's, and the leviathan bust of Ben Franklin at the top of the Liberty Tower.

Book your shoot now in Philadelphia.