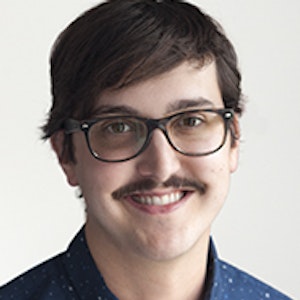 By the time I bought my first SLR at 10 years old, I became obsessed with learning photographic processes and about the different technological characteristics and applications of equipment and film by reading monthly subscriptions and books. If I couldn't afford to buy the magazines, I sat in the Barnes & Noble magazine section and read every photo magazine I could for hours. After each article I read, I either went out to test my knowledge and/or buy more books to become more skilled at each method. It quickly went from learning everything technical, to creating personal work and trying to develop my own style. I enrolled in classes, summer programs, I pushed my high school to develop out their darkroom when they were considering downsizing it by getting my fellow classmates interested in it and helping organize gallery shows to raise money for the equipment we needed. I kept going from there and finding anyway I could learn more to make a living doing what I love.

I love being able to create images that impact the way people look at the mundane and each other. A lot of the work I'm most passionate has a sociological and conceptual undertone that I hope will ultimately inspire people to interact, grow people's perspectives on the world, create something that people want to see over and over.

I have shot a lot of product photography for including jewelry and packaging. I like mostly playing with the styling and lighting while shooting; to make the products look their coolest and most appealing. I also love shooting events, especially when they include major companies and a lot of people. For instance, when I shot fashion week for a production company in New York, I wasn't asked to shoot the models and clothes as much as I was to capture behind the scenes tasks and logistics. I was allowed 100% access to every area and person during the show, and I got to meet and/or photograph a ton of people doing a variety of things. Anytime I can shoot something to show the makings or creation of scenes, especially at a chaotic event, I'm happy! When there's chaos, it's easier to take the pictures you want as a photographer.

2013. Piedmont Center for the Arts, Piedmont, CA, “Return to Simplicity”