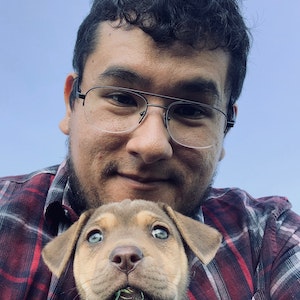 Freelance photographer, videographer that loves creating and sharing content. Over the years, Daniel has produced videos that showcase the community, food, and music of the eastern coachella valley.

Featured as one of the Best Photographers in Riverside
Book Daniel M. now

It let’s me be creative and use my skills to improve with each and every job. I can always learn something new and adapt as needed.

I’ve done documentaries, small business videos, music videos, and worked with school districts.
I look at each individual project and find a way to make it just different than what one would ordinarily expect from such a production.

I’ve won several awards throughout the years. First we won a recognition award from the EPA when I was still in school for a short psa animation we did about the environment in my community. Later on I would be part of crew that won the 48 hour film festival Inland Empire 2019, and my own documentary “Estamos Aqui: A Community Documentary” would go on to win best documentary at the Official Latino Film Festival 2019.

I’m very tech oriented person, so video editing came naturally to me since I’ve always messed around with computers and I also Dj and produce music from time to time.