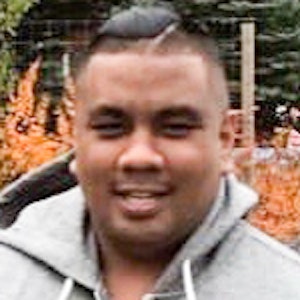 I have been working with Kodakit and Doordash for about 3 years now. I have completed about 660 shoots with Kodakit and 400 with DoorDash. Most of my shoots are product but I have done many portraits and some real estate as well. Although I use artificial lighting, my main source of light is always "Natural" light.

Featured as one of the Best Photographers in Montreal
Book Daniel S. now

The most satisfying thing would be capturing the beauty of the client and/or their product and emphasizing it and helping them share it for millions of other people to see. When they e-mail me back stating how much they love the photos, it is the most accomplishing feeling. Being able to travel around the world and use the same elements such as "Natural Light" to produce the same universal product with different people helps me focus on the fact that human beings share more things in common with one another than differences.

I have done food, product and real estate. I made them special by always using "Natural Light" as my main source. From setting up my portable table outside for food shoots, my portable backdrop for portraits and opening each and every window for real estate is how I make the photograph special. I believe "Natural Light" is "Supreme" and the best for photos.

Google recently e-mailed me stating that my photos have been viewed 35 million times on Google Maps. They also stated that I am a top photographer on google. One of my managers at "DoorDash" stated I am one of the most productive photographers in the company. I have also done photos for a Mayor in one of the cities in my province. Apart from my photos being published on the "DoorDash" app, some were recently published in a magazine.

I studied something totally different in University but apply it to each and every photoshoot I do. I earned a Specialized Honours Degree and Certificate in the "Practical Ethics of The Philosophy of Law and Social Thought" at "York University". The essence of my degree was to learn how to be Altruistic by constantly seeking the Universal Truth. That being said, every client I meet and every photograph I take is expressed by me in a way that anyone from anywhere in the world can look at it and appreciate my work. I believe beauty, just like "Natural Light" is Universal and at times where the biases of others may interfere with that, it is possible to express my view so that those biases are set aside. Thus, the photograph becomes a universal piece of art that is able to connect people from around the world and from any walk of life.