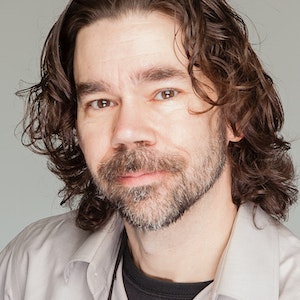 Mike Lindberg is a Portland, OR based photographer and cinematographer with a wide range of experience in still photography, video production, and film work.

Michael started working in photography in 1999, beginning with school photos, proms, seniors, etc. before moving into broadcast television. In 2007, after studying Digital Media Production at the Art Institute of Portland and working for several years in network TV, he took the plunge fully into the full-time freelance world where, in addition to shooting weddings, real estate and architecture, portraits, concerts, theater, events, and other still photography jobs, he has worked on feature films, documentaries, tv shows, web series, music and corporate videos, etc.

Featured as one of the Best photographers in Portland
Book Mike L. now

Events, concerts, weddings, theater and set photography, portraits, boudoir, headshots, product photos, and Real Estate and Architectural photos. I have also done an extensive amount of videography and film work, from commercials, product segments, etc. to documentaries and feature films. I have a pretty diverse and extensive collection of images taken over the years. I love telling a story with pictures, and I love filling the frame with compelling imagery.

I work for hire. I've never entered my work into contests, so I haven't won any. But what I can provide are some testimonials from happy clients that I've worked with. To me, these are more valuable than any award.

"Mike, I just want you to know that I and everyone else here last night was completely blown away by your photography. I don't give compliments litely, but you are, without a doubt, the most talented photojournalist I have ever known in my lifetime. Blown away!" - From a very well known event coordinator.

"Michael Lindberg is one of Portland's secret talents. Mike has been my exclusive photographer for every show I have produced in Portland. His work is amazing as he has the ability to see and capture the perfect moment. Not only are his pictures well composed, but before he delivers the finals pics he takes the time to crop and color balance each one beautifully." - From a Film and Theater Director

"I direct short films and music videos and I have had the pleasure of working with Mike Lindberg
on 4 shoots, each rather different. Mike is a diligent and focused cameraman who was able to
follow the action during improvised chase scenes, continuously adjusted for changing light
conditions, and perceptively framed moving action with as much care as a director. He is
intelligent, engaged, asks just the right amount of questions(but not too many), takes direction
well, is cheerful even at the end of a very long shoot, and has an unobtrusive and neutral
presence when sensitive material is being shot. On smaller budget productions, he also
handled the lighting and it was impeccable.

I’ve been lucky enough to be able to use his talents when he is between bigger projects and
would work with him again without hesitation. His technical skills, proactive approach to getting
the best footage for someone else’s vision, and his calm demeanor when everyone is running
around being artistes make him a valuable addition to any production. Anyone can make sure a
camera is in focus- but who’s holding the camera makes a big difference in the final results." - From a Film Producer/Director

There is a part of me that is a bit of a nerd. In high school I spent 8 months making my own suit of chainmail so that I could do swordfighting at historical reeneactments.