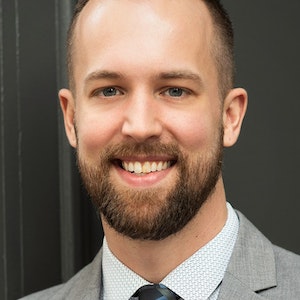 Nick is an experienced photographer who specializes in automotive photography. Far before he could ever think of getting his driver's license, he's had a passion for anything with an engine, and that passion manifests itself through his photos.

As a former reporter, Nick is a storyteller through and through, and he believes photography and imagery is a key part of the storytelling process.
In his free time, you can find Nick patrolling the local Cars & Coffee meets and other car shows. He loves uncovering cool and unique vehicles and using his camera to highlight what makes them so special.

You can find all of his photographic exploits on Instagram at @nickversawtakesphotos or on his website, nickversaw.com.

Featured as one of the Best photographers in Richmond
Book Nick V. now

As a former journalist, I love the storytelling aspect of photography. I believe that no story is complete without some sort of imagery to accompany it. Even if its just snapping photos of classic cars at a local meetup, there's an inherent feeling tied to each photo. I can go back through shots from a random show over a year ago and I'm immediately transported back to the feeling I had when I first stumbled upon a special car or a neat mod. You don't get that in any other line of work.

I think what really makes a shoot special is finding the perfect setting to pair with the subject. For example, I had a recent shoot with a special edition 1/100 Corvette Z06. The car was bright yellow with black racing stripes and putting it against the red brick path of the city's canal walk just made the car stand out even more than normally would. I believe putting a vehicle either in it's "natural habitat" or the absolute inverse of that is what makes for a compelling shoot. It really helps the viewer capture the true essence of the vehicle and how special it actually is.

As a reporter, my work has been published in some of the largest media outlets in the country, including the Washington Post, Chicago Tribune, and the Associated Press.

I'm also a massive sports fan who (sadly) lives and dies by the fate of his beloved Cleveland sports teams. Go Browns!