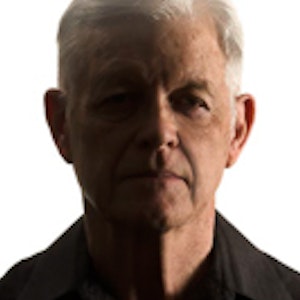 Robert Poe worked as a newspaper photographer for several years after graduating university, covering everything from PTA and city government meetings to high school sports to presidential campaign events. He worked for a number of years as a technology journalist in Tokyo and Hong Kong, which offered him the opportunity to travel and take pictures throughout Asia. He is now living and working as a full-time photographer in the Inland Northwest, focusing on event and portrait photography. He has photographed numerous recent events at the Panhandle Autism Society and the Innovation Collective, both in Coeur d'Alene, Idaho, including appearances by candidates of the most recent elections. And as a sort of public service, he has taken and made publicly available hundreds of photos of classic cars in various cruises and shows.

Featured as one of the Best Photographers in Spokane
Book Robert P. now

I love showing people something about themselves that they might not be aware of or appreciate, which essentially means their inner character and beauty.

I also love it when they realize how much better an artistic image, created with care, can express their true selves than can any picture they've had taken previously.

I've done a lot of event coverage and people photographs, including formal and environmental portraits. Despite their differences, I have made all of these types special with the same basic approach: to make sure my pictures show people as I think they would like to be shown, whether they are looking at the camera or intensely occupied with what they are doing.

To that end, when we're doing portraits I communicate with them before, during and after taking their pictures, to let them know what I'm doing, why I'm doing it, and to continually reconfirm what we are trying to convey. With candid and event shoots, I just stay low-key and do my best to make everyone comfortable, so that eventually they just forget I'm there. Then their true personalities begin to come out.

My photographs of Asia were recognized by a technology publishing company for which I was (ironically) working at the time as a writer covering the telecommunications industry.

In Japan, I traveled to Minamata to visit the couple with whom famed photojournalist W. Eugene Smith had once lived while doing his momentous coverage of the environmental poisoning caused by a local chemical company. Though my Japanese was barely passable at the time, we managed to communicate.

On another note, I have bicycled from Eugene, Oregon to San Francisco, California, and also from Nagoya to Kyoto in Japan.