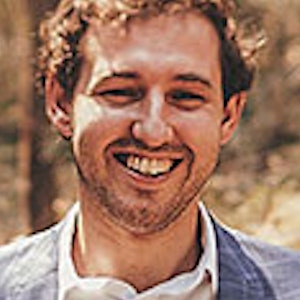 Simon's photography career began at the UK's oldest and, arguably, most influential wine merchant - Berry Bros. & Rudd. This experience allowed him to perfect his studio, landscape, real estate and food photography to a level that he was able to go freelance when he moved to Australia. He has worked with some of the top vineyards in the Hunter Valley as well as establishing himself as a real estate and food photographer.

Featured as one of the Best Photographers in Central Coast
Book Simon P. now

I love that a photograph is the tip of an iceberg. Whether that be a wine that has been years in the making from vine to bottle, a dish that is the culmination of years of culinary training or a house that has been lovingly made into a home. I know what an honour it is to photograph these creations and allow people to feel proud of what they have done.

I have done many food shoots using 35mm film. This adds a wonderful dimension because it seems to capture the genuine-ness of the dish. It seems to bring out the character and the flavours and even the personality of the chef in a way that digital can't quite do.

In 2006, my final year university project photographs were displayed at the Goethe Institut in Dresden, Germany. I was invited over to give a speech on the opening night.

A photograph of mine taken at Tamburlaine Winery was featured on the front cover of 2018's March issue of Gourmet Wine Magazine.

I was once employed to cut Andrew Lloyd Webber's garden hedges.