Snappr connects you to pre-vetted photographers in Bridgeport. It's never been easier or more affordable.

When I was 9 years old my Dad handed me his camera and said, go ahead, take some pictures. I don't remember the results, I do remember the moment. I photograph Interior Design & Architecture, Lifestyle, Automobiles, Products, Events and Portraiture among other genres. Each time I pick up a camera, I feel that same excitement I felt as a boy. I have been published 8 times in Architectural Digest. My work has also been featured in Harpers Bazaar, Traditional Home, The New York Times, HGTV, PEOPLE, Interior Design, WMagazine among many others. I have served as House Photographer for the Nationally known Kips Bay Designer Show House. I have also served as the House Photographer 5 times for the Nationally acclaimed Holiday House Designer Show House, as well as serving as House Photographer for The Sothebys Designer Show House. I have also received a “Best Of Houzz Award. I serve as the "go-to" Celebrity Photographer for many national outlets including, most recently, my on-air work for Entertainment Tonight/The Insider, Radar On-Line and STAR. I have had the pleasure of exclusively photographing many A-list celebrities, including Kim Kardashian, John Legend, Martha Stewart, Lindsay Lohan, Sean "P Diddy" Combs, Olivia Palermo, Alec Baldwin, Meryl Streep, Vivica A. Fox, Ne Yo, Tiki Barber, stars of "Dancing With The Stars" Maksim Chmerkovskiy and Peta Murgatroyd, the mega-mansion owned by 50 Cent, and many others.

I love to tell the story of an event, a home, a family. I love the out takes.more than the posed photos .. when a personality can be captured. I love helping home owners highlight their largest asset by making their home photos more than just the photo. I love providing creative solutions.

Hi there! I love meeting new people and photographing the adventures we find ourselves in! With portrait photography, I like my clients to have a fun and easy-going experience, where I can capture them in the moment or experiencing the area. I am a huge fan of natural light and am always down to shoot in unique and inspiring locations. I love showing off people’s happiness through photography! ​ With real estate photography, I have helped countless homeowners, real estate agents and AirBNB/VRBOs owners show off their home in the perfect light. I shoot several angles to really show off the space and send a pre-photoshoot checklist via email to help you prepare the home. ​ Whether you are looking for portraits or real estate/architectural photography, I’d happy to chat with you about your photography session to see if I’m the right fit for you! Feel free to reach out anytime! I look forward to meeting you soon!

Andrew is an experienced professionally trained photographer who has been photographing for over 15 years. His passion for photography began at a very young age when he won a small Instamatic camera from the back of a Weetabix box! Later at Art School he was trained in lighting, lensing and composition. Since then he has used those skills to good effect for clients all over the USA.

Michael Grant is a professional photographer specializing in architecture and real estate, portraits, pets, travel, art, and products for print or online. He earned his BFA in Film, Photography and Architecture from Syracuse and was named an Eastman Kodak Scholar. He has worked in studios and freelance for over 20 years for companies including Halstead, Corcoran, Prudential Douglas Elliman, Global Real Estate Network, and Elegran. His work has been shown in galleries world-wide.

Jimmy ienner, Jr.’s resume reads like a rock and roll documentary written by someone who lived it in real time. Precisely capturing his subjects with his eye through the lens, the art that ensues projects the artist’s true personality and often times vulnerability. Whether through video or still captures, Jimmy’s work is unmistakable. As Chief Photographer / Video Director at Sony Music Entertainment Inc. for nearly two decades, Jimmy worked with hundreds of the biggest talents in the business. From the 1990's to the late 2000's he was one of the most published photographers in the entertainment industry. His photography portfolio runs full spectrum, including artwork seen on and inside dozens of CD and DVD covers, as well as publicity photos, tour merchandise, assignments on several major feature films, and music videos. Jimmy’s work in video has appeared on television and cable networks, and the internet throughout the world. He has photographed or directed some of the biggest names and most defining persons of our era from artists such as Roger Waters co-founding member of Pink Floyd, Michael Jackson and Mariah Carey, to actors including Peter Boyle and Kevin Bacon, and even leaders of the free world like George W. Bush and Bill Clinton. With his natural ability to be a team leader, instructor and mentor, he was contracted by Apple Inc. for his expertise in photography and videography to mentor and instruct up-and-coming employees in the craft for this world-wide corporation. His accomplishments are many. At the age of twenty seven Jimmy became one of the youngest photographers to land a professional endorsement from the prestigious camera company Leica also that year with Fuji Film. 2007-2008, Fordham University’s Graduate School of Business Lincoln Center, tapped Jimmy to design and teach a graduate level class on Entertainment Marketing. 2010-2012 Jimmy was voted in as co-chair of the Visual Arts Committee of the Recording Academy NARAS (GRAMMYs) for Video Direction. This honor is in addition to his existing status as voting member of the Academy. When Jimmy’s not holding a camera in his hands, he most likely can be found fly-fishing, which is a favorite hobby and the source of a large body of his work in imagery. Jimmy has also served several terms on the Board of Directors of the Catskill Fly-Fishing Center & Museum. Attaining a highly consistent space in his market, Jimmy has welcomed the freedom of freelancing to his passion for photography allowing him to choose specific projects of interest. These chosen projects represent his artistic styling and clearly depict the vision asked for by his clients.

Marc Burgess has two decades experience as a photographer shooting a wide range of work. His experience extends from fashion to editorial, commercial stills, portraits, events, weddings, porn, food, interiors, catalog and more. His clients extend from Unicef, MacDirectory, Miami Living Mag, LiquidSpace and GrubHub. His first assignments were simple model shoots for agencies like Ford, Ikon, Time Models and more. Some shoots were paid, some not. He still loves shooting model portraits. One of his first steady clients was for Mac Directory and Miami Living Magazines. Without even meeting the editor, a simple submission had won him a gig with the two magazines. He was assigned to casting and shooting 16-18 model portraits for tutorial pages published in the back of the magazines. He shot a couple years for the magazine. Marc also hit a big client with Liquidspace about five years ago. He has shot 100's of interiors for high end corporate spaces for rent in Manhattan. Most of time he only used a tripod and camera. They keep calling him for more work. Recently Marc can be found traveling through the tri-state area shooting for GrubHub. He goes from restaurant to deli to food truck or any other venue that has some food for him to photograph. His work can be seen on any GrubHub mobile app. With no training and no experience Marc bought a Rolleiflex and did his first professional photo shoot of an Asian model from the agency he worked for in NYC back in 2000. His only intention was to use the camera to help himself pose better as a model. Instead he became a photographer that day. He began to shoot a lot, and a lot more. Film wasn't cheap and medium format was his choice. He would mix B&W chemicals till 5AM in his bathroom in Woodside Queens printing images of models that graced his camera. The process took some patience, dedication to detail and forced him to learn photography from its beginning roots. He took his photography to another level after graduating from Brooklyn College in 2009 with a degree in TV/Radio Film and Photography. His strongly believes that a photograph can be captured a million ways and the most conventional method is not always the best choice. Despite doing a mix of commercial and event coverage, it is still his belief that flash is not always necessary to capture a great image. He has gotten amazing results shooting a wedding with only a tripod and camera. His passion is evident in the creative juices that still run through his veins when he is seeking to capture that next great image.

Hear what customers are saying about the top-rated Snappr photographers from Bridgeport, CT.

Average rating of 4.9 out of 5 based on 142 reviews for Snappr Photographers in Bridgeport.

More about how Snappr works in Bridgeport, CT and elsewhere

Snappr is the new way to book a photographer on-demand in Bridgeport. Play the video to hear more. 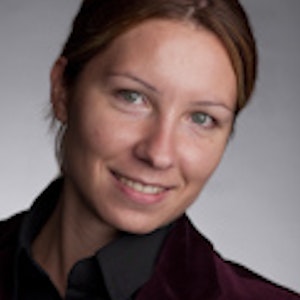 Photography has always moved and inspired me. When I was at college I discovered the beauty of black and white photography and working in the darkroom. In 2007 I decided I wanted to take my photography hobby to the next level and I enrolled at an intense 10-month professional photography program. When I photographed my first wedding fresh out of school, I discovered joy and excitement of wedding photography and I've been enjoying it ever since.

I am a lifestyle photographer and visual storyteller. I love creating images of the fleeting moments in life and I enjoy being around people in love. I like to capture the celebration of their relationship and the spirit of the day.

What are some of your favorite places in Bridgeport to take photographs?

My favorite places to shoot in Norwalk are Calf Pasture Beach in early morning when the sun is still relatively low and the historic Sono. Both places provide fun and vibrant backdrops for any type of photo session.

You can also browse the best Snappr photographers in Bridgeport by shoot type.

Best Other Photographers in Bridgeport

Book your shoot now in Bridgeport.