Snappr connects you to pre-vetted photographers in Riverside. It's never been easier or more affordable.

I’m currently based in California and would love to help you here with creating some visual content for yourself or company. I have been working as a photographer for the last 5 years, therefore my training and experience has prepared me take the next step to working with you and provide the best photoshoot experience!

I am a natural light, on-location photographer serving Temecula, Murrieta, Fallbrook, Inland Empire, San Diego and Orange County. Specializing in Newborn, Maternity, Couple, Family, Children and High School Seniors. My every ounce of being begin with my two children.  Although my love for photography was there before they blessed my life, they sparked it all over again.  My outlook on life and my photography journey has now expanded into a whole new world and it is an incredible joy.  I have the ability to freeze time, if only for a few moments, and hold onto it forever. My sessions are laid back. I like to laugh and joke. My time is devoted to you and your family, never rushing our time together. I am a recognized and published photographer. My work has been featured in blogs and publications, placed in competitions and won awards.

Jamaal has had the opportunity over the last few years to work with clients in the U.S. , Mexico, Europe & Canada. His clean and minimal approach is a style that is unique and has gained the attention of companies such as Adidas & Western Digital. Being inspired by cinematic film and moody landscapes, his dedication to color and composition have propelled him in the photography world. It is one thing to work with a photographer, but another to work with a photographer who cares about the craft.

After the war, I graduated the Academy of Arts in San Francisco and attended symposiums by Ansel Adams, Helmut Newton, Primo Angeli and Richard Avedon.

With over 4 years of experience, Roman has worked on multiple projects ranging from family, business, engagements, domesticated animals, apparel, models, real-estate, and products. Capturing beautiful moments is his passion.

Ana has worked with real estate photography for over 10 years in the field of real estate working along with other photographers in the field. She is very passionate about what she does and strives to deliver the best product for her clients. Clients satisfaction is paramount.

Roddy is an experienced professional photographer since 2020 that has shot multiple of weddings, engagements, big events, etc.

I am internationally published in fashion, fine art, and boudoir. Though completely self taught, I have always, and continue to, absorb every bit of information I can from other industry professionals. I photograph professional models, and the everyday woman. I shoot for brands with teams of 20, and receive items from brands to style and shoot by myself. I have the ability to adapt to high demand situations, or simply "show up and shoot" (we all know there is much more to it than that). During the summer of 2010, I had the honor of being asked to join a team in Paris, France for Haute Couture Fashion week under Elle Magazine's Steven Silverstein (Cover Photographer). This experience broadened my knowledge and understanding of the Fashion industry on both professional and personal levels which, I believe, changed my entire outlook for my business and created inspired success.

Zyra has been a professional photographer for 3 year, passionately doing so for 10+ years. Her experience includes commercial, portrait, engagement, family, travel, documentary/non-profit photography. Her passion lies on creating images as visual stories.

I’m John, a wedding, business, lifestyle, and travel photographer. I’m crazy about what I do and love being creative on the daily. Whether I’m a third wheel on your wedding day, creating images for your new business, or just swapping travel stories, I’m doing it with passion and pouring my heart into our time together.

Emmerson is a passionate automotive photographer, but also has experience with landscape, industrial, and portrait photography as well.

Loi is based in Southern California. She was born and raised in Los Angeles and has traveled all over the world, but suburban Riverside is home. She is a part-time photographer and serves on the executive board with the Inland Empire Professional Photographers and Videographers (IEPPV).

Xinqi started her photography journey taking landscape photos. Over the time she felt something was missing in those photos she took, and later she realized it was the people that's missing. She started trying taking more portraits after that. She experimented on herself at the beginning - taking self-portraits. And after she had more experience, she moved on to taking more portraits for her friends, family, and gradually, her clients. Xinqi found taking portraits for different people gave her so much satisfaction and challenges as each person is unique, and she can't wait to bring her skills to bring out the uniqueness of everyone using her camera.

God is in the details. My passion is about telling truth through photography, filmmaking and visual storytelling. I strive to connect viewers to the human experience in everything I do—especially in the small details that go overlooked. I have nearly 10 years of experience behind the camera and have been a student of all things film and photography since as early as I can remember.

Jonas Nakas is an experimental analog photography enthusiast, with a BFA in Photography from CSU Long Beach. Combining commercial industry experience with a fine art education, and a passion for making friends, Jonas brings a warm and creative atmosphere to every shoot. Influenced by his surf photography background, Jonas likes to get close to the action and shoot with a wide-angle lens, to create images that tell a compelling story.

Raymond Velasquez is a photographer who has 5 years of experience with wedding, engagement, event, and food photography. He has taken several courses on Photography at Riverside City College's Photography Department and has had his work selected to be featured in a college art exhibition. In addition to schooling, he has established his own business which has been featured on Canon, the Weather Channel, and his food photography has been featured in over 90 restaurants across Southern California. Raymond has also been awarded 2 consecutive awards for the Top 8 Corona Wedding Photography awards by Expertise.com.

Photographer with seven years experience. Passion for photography came while studying filmmaking in college, since then I apply the cinematic principals of film into my portraits. Serve as principal photographer for over 15 weddings to include numerous engagement portraits, family portraits, event photography, fashion and beauty portraiture.

William (Rick) Rowell Photographer To whom it may concern. I’m a photographer with 33 years of experience working in many different disciplines of photography. Public relations, celebrity, entertainment, episodic television unit photography. Portraiture in studio and on location during production, industrial, editorial, as well as weddings and engagements. My career started in 1984 working for Long Photography which at that time had the contract to document the 23rd Olympiad for the LAOOC (Los Angeles Olympic Organizing Committee) in Los Angeles and the surrounding area. I was credentialed as a Technician assistant and was able to work with some of the best sports photographers of that time. After the Olympics, I was retained and continued to gain experience in public relations, industrial, studio portrait and entertainment photography. I left Long Photography in 1986 and joined Vanguard Photography Inc. At Vanguard, I did a lot of the same kind of photography. I worked with public relations firms and corporate clients like GTE of California, First Interstate Bank, Bateman Eichler Hill Richards and Coldwell Banker. Executive portraiture was my specialty and I became very good at lighting on location, indoors and out. I left Vanguard after the business was sold to a new owner. It was then in 1989 I began my freelance career working with many of the same clients I had worked with before and a few more I picked up through recommendations of current clients. Some of the new clients included commercial real estate companies like Daum Johnstown American and Grubb and Ellis. I was shooting special events for prospective tenants, interior and exterior of properties and executive portraiture. I was also covering assignments for ABC Television. The Oscars and Emmy Awards and unit photography for a variety of ABC and Disney television shows. In 2009 I was offered the staff Photographers position with The Disney/ABC Television Group in their Photography and Visual Communications Division. At Disney/ABC I photographed special events, interviews, unit or episodic show coverage, Portraiture in studio and on location for the ABC Network and the Disney cable channels, Disney XD, Disney Family (later changed to Freeform), Disney Junior and Radio Disney. I also did photography for ABC News shows, 20/20, Good Morning America, interviews and specials with Robin Roberts. I worked at Disney/ABC until November of 2016. Throughout my career I have always strived to improve my photography, my education and never lose sight of my desire to be the best photographer I can be. I believe my work speaks for me in that sense. I’m always open to new methods and new ideas and continuing my education to improve my photography and to stay abreast of new technologies that help me to work more efficiently with the best quality always being the driving factor. With all of this in mind, I would appreciate your consideration and I’m looking forward to our meeting. Thank you for your kind attention to this letter. William (Rick) Rowell Photographer. https://williamrowell.smugmug.com

Hear what customers are saying about the top-rated Snappr photographers from Riverside, CA.

Average rating of 4.7 out of 5 based on 747 reviews for Snappr photographers in Riverside.

More about how Snappr works in Riverside, CA and elsewhere

Snappr is the new way to book a photographer on-demand in Riverside, CA. Play the video to hear more. 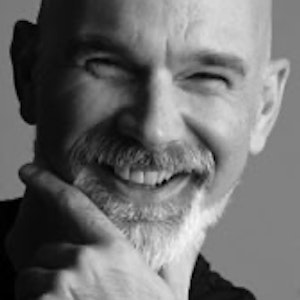 Seemingly born with an interest in all things photographic, my actual professional career began in 1976 as the lead photographer in public affairs office of the 82nd Airborne division.

Providing quality productions that help others attain their dreams.

What are some of your favorite places in Riverside to take photographs?

Specializing as an environmental photographer for many years, my favorite place to shoot is any well fitted studio that can produce a set meeting the needs of the project. Being in complete control of lighting for reproducible consistency is my preference. However, the I also love the challenges of working outdoors or locations that to many don’t seem like a good set. My flippant answer to this question would be; behind a camera.

You can also browse the best Snappr photographers in Riverside by shoot type.

Book your shoot now in Riverside.