Snappr connects you to pre-vetted Wedding photographers in San Jose. It's never been easier or more affordable.

Jason Remmel Wilson is a San Francisco-based photographer, raised in a small mountain town near Lake Tahoe, California. As an avid wanderer, creative director, and adventure enthusiast, Jason combined his love for nature and a camera at a young age. After studying theories of sustainability at Cal Poly, San Luis Obispo, he was introduced to a new way of approaching his passion for the composition of outdoor imagery. He has since explored many parts of the world in search of ways to introduce others to the importance of protecting our beautiful planet. His images have been featured on the cover of numerous magazines and newspapers, as well as displayed in a variety of art galleries and exhibitions across the United States. Jason has spent over 10 years perfecting his craft in a variety of industries, including sports, wedding, real estate, product, and lifestyle photography.

The details in the frame and off the frame differentiates his photos from anyone else. Sina is experienced in fashion, portrait and lifestyle photography. His passion falls at the intersect of artistic and naturalistic. With about 5 years of experience, Sina views photography as a professional-hobby, having experienced variety of lighting situations and levels of comfort.

Jennifer specializes in product, portrait, interior and event photography. She has a BFA in Graphic Design & Photography and over seven years of experience working in the field. Jennifer passion for artistic photography together with her work experience in digital allows her to capture and convey unique moments. Jennifer likes to work on different aesthetics without being enclosed to a unique style. She is also interested in participating in the creative process before the photographic productions.

Tony is a friendly, creative, and outgoing Bay Area Photographer who specializes in portraits, events, engagement, wedding, landscape, urban, and real estate photography. He is very passionate about getting creative with his shots and making sure his clients are very comfortable during the shoot as well as overjoyed with the outcome. Depending on the type of shoot it is, Tony can do an array of shoots from professional to artsy style photos.

Minh is a passionate, detail-oriented photographer and retouching professional. Trained in color correction, digital enhancing, non-destructive retouching and correcting contours. Experienced in studio and outdoor photography. He is skilled in softwares such as Capture One Pro, Photoshop and Lightroom.

Sean Muniz is an active individual who will do what it takes to get the shot. Sometimes he may be faced with tough situations such as small spaces or super bright scenarios and bringing that to life may seem impossible for some. Growing up Sean has always been experienced with cameras, but it was not until his junior year of HS until he realized he could capture and edit videos and photos with photoshop and premiere pro. After the time he developed editing and bringing photos and videos into something beautiful and bright for clients around his community. It wasnt until years later where he wanted to branch off into a market he was always passionate about. Music videos, real estate and corporate photography/videography, with a love for music and a fascination with architecture, being able to create both in video and photo format was an idea Sean fell in love with. Working with other photographers around Bay Area, he bounces ideas off people and asks questions to make sure he's always learning something new within the process.

Hear what customers are saying about the top-rated Snappr wedding photographers from San Jose, CA.

Average rating of 4.7 out of 5 based on 30 reviews for Snappr Wedding Photographers in San Jose.

More about how Snappr works in San Jose, CA and elsewhere

Snappr is the new way to book a photographer on-demand in San Jose. Play the video to hear more. 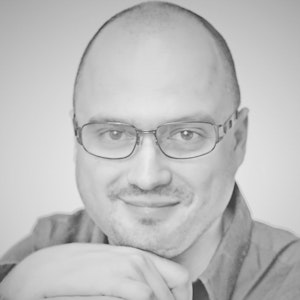 Born in the former Czechoslovakia, in the historical town of Nitra, in 1977, Ondrej began experimenting with cameras at an early age. It wasn’t until high school that his hobby of photography became a passion, when he received his first fully manual camera. Ondrej soon developed a sense for light and composition, as well as fast trigger reflexes. His photography got seasoned over the years in Cosmopolitan city of Prague where he lived over the course of 6 years. Later, he was relocated to U.S.A. Once there, he began using his camera to capture extraordinary moments in life, as well as landscapes and human impact on the land. His explorations lasted for 15 years and eventually led him on a journey across the country. Some of the most significant locations include: Chicago, IL; St. Louis and Lake of the Ozarks, MO; Zion, UT; Breckenridge and Aspen, CO; beautiful island of Maui, Hawaii. This has eventually led Ondrej to venture to New York City, where he spent 6 years. His latest work is focusing on weddings and family photography sessions in San Francisco / Bay area as well as single fine art portraits using astonishing outdoor/indoor venues.

Capturing moments that never repeat themselves and save them forever.

What are some of your favorite places in San Jose to take photographs?