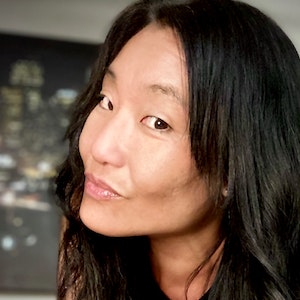 Hello, I am a San Francisco Bay Area based Editorial, Portrait, Lifestyle, and Food/Bev Photographer. I spent five years in NYC getting my skills honed into the style and fashion from the big apple. Originally, from San Francisco area, I am back to Bay Area, and excited to share some of my NY style with the SF vibes.

I have extensive work with commercial - both marketing campaigns and product - as well as food and beverage.

My passion comes from traveling and capturing moments, things, places I wanted people to see even if they were not there.

I like to show up ready to go and with energy to help clients through the process. There is nothing more unnerving for clients than having their business budgets and marketing budgets rely upon my work. Realizing this, I engage frequently and communicate thoroughly with the teams on shoots and projects.

Highlights of my photography experience and skills:
1. Versatile in working with multiple creative teams and have extensive experience with Art and Creative Directors as well as Marketing executives.
2. Worked with & developed large teams with MUA, assistants, and models.
3. Have expertise in photo editing for clients within Lightroom and Photoshop. Ability to use Indesign as well for layouts and other creative additions to projects.

Featured as one of the Best Photographers in San Francisco
Book Marie P. now

Creativity piece of photography, and creating images that show how to see things, people, places in a different way than the viewer may see. I love that it's a healthy outlet in life as well as an art form that people enjoy looking at. It can inspire people, and that is the best part of being a photographer. There have been a few shows I've done in lounges or public places where I've had people come up to me and tell me, "Your photographs inspired me to get back into photography and make time for it again". That makes it all worth it.

I've done quite a few on my journey to find my speciality in photography. Between events, landscape, headshots, commercial work, I have some stories ! A couple that stick out are headshots for a business owner and model lookbook material.

The shoot for the business owner that needed head shots - he was not wanting pictures done, and was probably one of the most resistant clients I've had in getting them done. At the same time, he knew he needed them for his company marketing material and yelp account. I was able to ease him into the shots by making it as though he was working and got shots done of him at work and around his shop. Then, we were having a conversation, I quickly got him his head shots by posing him while he was explaining a key piece of his business. Done in 5 minutes without him truly knowing he got his head shots done. He was incredibly excited and happy with the results. That smile said it all. t is his favorite picture, and has used it for the last five years, and not changed it once.

Second shoot that sticks out for me is the model whom needed some updated photographs as he was trying to get into a different market at that time. Previously, he worked with photographers that got a certain, sexy, half naked look from him. After speaking to him for a hour before our shoot, I realized, he needed to get something that fit his personality and what he would be able to get work for. He needed to feel good again about what he was doing, and had just gotten out of an abusive & toxic relationship. His self esteem was very low. I knew this shoot could help him personally if done correctly. Our first shoot, I could tell he was used to a few poses that his previous photographers did. I got him out of his comfort zone, and got him more into editorial poses, and looks. More styled and not so "cheap" looking. His results gave him a little more confidence in his life as well as work, and he/I have done work together continuously as a result.

Have not done any contests, or applied for recognitions as of yet.

I lived in Costa Rica for two months, lived with a host family for some of that and attended Spanish School to learn spanish. While there, I met some of the most amazing people and found the country incredibly beautiful not only with landscape but also, the people. It inspired me and gave me the grounding I needed to fully cross over into professional photography.