Snappr connects you to pre-vetted photographers in Detroit. It's never been easier or more affordable.

Linda Radin Photography is a small company based in Metro Detroit. Linda, is an award winning freelance photojournalist in the Detroit area with over 20 years of experience in newspaper and magazine photography. With a BFA in photography from the College of Creative Studies, Linda has the natural ability to capture the moment. Linda, worked at a large daily newspaper (The Bergen Record) in Metropolitan New York City for 4 years and freelanced for The New York Times, Newsday, The New York Post, The NY Daily News, The Star Ledger, The Associated Press, The Boston Globe, The Baltimore Sun, the Chicago Tribune, The Chicago Sun Times, The Cleveland Plain Dealer, The Los Angeles Times, The Philadelphia Inquirer, Women's World, Paris Match, USA Today, The Las Vegas Review Journal and The Wall Street Journal. Linda has covered such events as Fashion week in New York City, professional sporting events, the Tony Awards and has photographed numerous celebrities, screenwriters, authors, writers, musicians, politicians, and CEO's including Shirley Maclaine, Paul McCartney, Billy Joel, Cher, Phil Collins, The Three Tenors, Sophia Loren, Jane Fonda, Ted Nugent, The Bee Gees, John Mellencamp, The Artist Formerly Known as Prince, Michael Crichton, Andrea Bocelli, Helen Hayes, Colleen Dewhurst, Angela Lansbury, Andrew Lloyd Webber, Bernadette Peters, Jackie Mason, Kathleen Turner, Mark Wahlberg, Joey Fatone, Jacqueline Bissett, Olympia Ducacus, Vice President Al Gore, Colin Powell, Jesse Jackson, Boyz II Men, Tom Arnold, Vivica A. Fox, Charles Nelson Reilly, and numerous others. Linda also worked as a regional picture editor at the Associated Press in NYC. Linda eventually moved back to the Detroit area where she is originally from and has been freelancing for The Detroit News, The Detroit Free Press, The Associated Press, Style Magazine, Signature Magazine, Third Street Publications and The Oakland Business Review, along with various other publications. Having so much experience in all aspects of photography really gives Linda a creative edge to wedding photojournalism and as an active member of National Press Photographers Association, has been awarded first place in Suburban Newspapers of America for best picture page and was awarded first place in New Jersey Press Photographers Association for best feature picture. Life magazine requested permission to use the same image for publication for their back page.

My passion for photography started when I was in middle school working in my uncle photography studio in Detroit. I will always take the opportunity to see how my uncle was working with his clients. In college, I bought myself a point-and-shoot camera and started trying to figure things out on my own. I had the opportunity to talk with a number of professional photographers and really learn from them how to take good photos. After college, I purchased a dlsr, signed up for online classes to learn more about my craft. I got myself to a number of photography workshops at a local store and even had the opportunity to attend a multi-day photography conference held in my area. During my career I have shot fashion shows, done work for advertising agencies, has had work printed in a variety of magazines and have worked with a variety of different clients.

Jeff has over 25 years of experience in many aspects of professional photography, beginning at a young age as his father's photo assistant. Hired at age 16 by the largest Portrait and wedding studio in Michigan, Jeff covered over 1,000 events in metro Detroit area and as the in-house senior portrait studio photographer. Earned BFA (Photography) from School of Art Institute of Chicago. Worked 10 years as staff Creative Photographer for Ford Motor Company, specializing in studio/location portraits and corporate event/conferences. Jeff independently photographed commercial and residential real estate, product advertising for e-commerce, weddings, family groups, and HS Senior photo assignments. Photography has been Jeff's lifelong career and passion. He loves capturing special moments for his customers. His career as a photographer has taken him to many beautiful places while meeting many interesting and influential people along the way.

Aasim has a background in Graphic Design; He is also a U.S. Army Disabled Combat Veteran. Aasim has attended and graduated from The New York Institute of Photography. He is from Detroit, MI. He did 3 Tours overseas in support of Iraq Freedom. He Graduated from a small Military Academy in Georgia on February 28, 2004. Aasim started Photography in 2015. Aasim is also a Member of The PPA Professional Photographers of America, and he is currently undergoing certification for Certified Professional Photographer which involves a lot of Continued Education. Aasim enjoys Commercial and Editorial Photography along with a vast majority of other genres. Aasim loves helping out other Small Businesses and Corporate Companies with getting their forms, documents, and other business necessity items. He enjoys Stationary and Business Card Designs along with Flyers.

Julia Pickett is a freelance photographer in the Metro-Detroit area. She studied photography at the College for Creative Studies and absolutely loves what she does. She specializes in a wide variety of genres including wedding, engagement, events, portraits, portraits, real estate, and more! She's worked with a wide variety of clients including Forgotten Harvest, Vox, Rover, Metro Times and Urbane Apartments.

Tara was born and raised in San Jose, California. From the moment you first interact with her you will see her personality as easy going and reliable. Whether she is rigorously working, hiking in the woods or lost in her creativity, you will always see a smile on her face. It's the emotion in the image that makes the magic, and Tara strives to capture the unguarded moments when people forget they are in front of her lens. Tara is especially skilled at unobtrusively capturing all the details from the biggest moments you remember to that split second you may have overlooked.

I have been working in the area of photography since a very early age. I began training with my uncle who was teaching me how to photograph with an old Soviet camera called “Zenit”. Back in those days we didn’t have digital cameras, and everything was done on film. Together we took photographs, processed films and observed the processed negative with the help of magnifying glass. We would choose the best photos and manufacture them using exposure – development – printing process with the help of sophisticated hardware: special photosensitive chemicals, enlarger, special photo-paper, dark room with special lighting used in the photo-manufacturing process, toning solutions, as well as trays, measuring glass ware, thermometers, drying screens, timers, mixing and stirring paddles, and paper cutters. This process was so breathtaking that its difficult for me to fully convey the excitement and emotions that it had on me. Since then, many years have passed.

China L. Moore is a Detroit native photographer, specializing in fashion, wedding, and portraiture. While self-taught, China has also taken some formal photography courses both in film and digital photography. Having a passion for people, China loves to capture special moments of love, creativity, and joyous moments shared by her friends, family, and clients.

Stacey Thimmes is a skilled and experienced food photographer, food stylist and recipe developer. She has honed her photography skills over the past 5 years and has worked with brand clients, food bloggers and local restaraunts. I provide stunning images specific to my clients brand visions from start to finish which also include all post editing.

I have been in advertising and content creation for 8 years now. For me, one of the most fulfilling things to do is create great, intentional, and moving content for my clients.

Joe started out in a photo dark room at Michigan Tech University, and has since traveled the world (looking through his camera lens). He has worked for numerous magazines, newspapers, and commercial clients around the world. He is passionate about capturing genuine moments in his images and takes this sincere attitude into his style of relaxed, candid event photography. All of Joe's work is strictly on-location. He doesn't have a studio to maintain, which means he can keep his costs down for his clients. He specialize in events of all shapes and sizes, and is happy to come to you or your chosen venue. He also has significant experience photographing facilities, venues, food & beveridge items, and other on-location products.

Hear what customers are saying about the top-rated Snappr photographers from Detroit, MI.

Average rating of 4.9 out of 5 based on 69 reviews for Snappr Photographers in Detroit.

More about how Snappr works in Detroit, MI and elsewhere

Snappr is the new way to book a photographer on-demand in Detroit. Play the video to hear more. 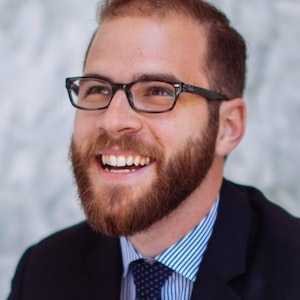 I got my first camera ten years ago for a blog. Figuring if 'a picture is worth a 1,000 words', then posting photos would allow me to write less. It worked out, and I fell in love with the artistry, challenge, and process of capturing interesting and unique photos.

Storytelling! I love to tell new stories or old stories in new ways. I also love interacting with clients, as it is their story we are telling.

What are some of your favorite places in Detroit to take photographs?

I love exploring the nooks and crannies of any location, and search for the details that will make the moment special.

You can also browse the best Snappr photographers in Detroit by shoot type.

Book your shoot now in Detroit.